Friends of the Cabildo Calendar of Events

​We want to thank our membership for their support in 2020 and the best way we can do thank that is to offer talks on topics in 2021 we think would be of interest to you! The lectures will be an hour long and start at 6 p.m. All lectures will be on Zoom and when you sign up below you will receive a link to the zoom the morning of the lecture.

Signup for Members is free and if you are not a member and would like to attend the cost is $10 for each lecture. 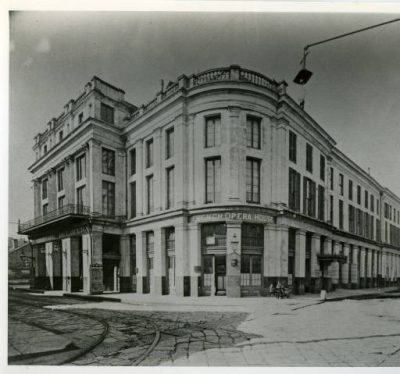 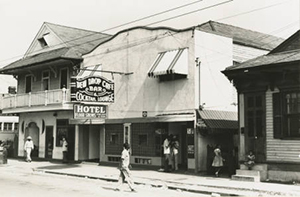 January 25 | A Garbage Mule Fit For a King: How Beasts of Burden Shaped Carnival

March 15 | Cruising for Conspirators: How a New Orleans DA Prosecuted the Kennedy Assassination as a Sex Crime

Friends of the Cabildo will be returning its successful Adult History Class: A History of Carnival in 2022 with a 4-week seminar beginning February 1st. Speakers will include historian Dr. Karen Leathem of the Louisiana State Museum, Dr. Kimberly Vaz of Xavier University and LSM Carnival Historian Wayne Phillips, among others. The class will define the origins of Carnival, explore local African American traditions, break down of the history of Carnival satire and the role of gay carnival. Finally, we will wrap up with a look at “folk” carnival with a moderated discussion with active participants. All classes are recorded, and videos are sent to class members after each class.

February 1 | A Historical Overview of Carnival

For all you hardcore Carnival fanatics, join the Friends of the Cabildo and the Louisiana State Museum for one-night only as they open the impressive Carnival Collection for an exclusive behind-the-scenes viewing of historic costumes and other rarely seen artifacts.  Wayne Phillips, Curator of Costumes and Textiles for the Louisiana State Museum, will guide you through an in-depth, first-hand look at Carnivals of years past this year through zoom! Guests that cannot attend the live showing will be still be able to watch the recording after through a zoom recording. A link will be provided before the event via email as well as a recording will be provided the next day and guests will have 60 days to watch the presentation.

Celebrate Mardi Gras with your FOC friends as the historic Rex Organization opens its doors for a special viewing of its float den for FOC members and their guests. All proceeds from this event benefit Friends of the Cabildo and Pro Bono Publico, Rex’s charitable organization.

Rex: The 150th Anniversary of the School of Design Exhibit Opening January 30th | 4-6pm | Presbytere | Free for Members & their Guests

The Louisiana State Museum is preparing a major exhibition to open in the Presbytere Museum, commemorating the milestone 150th anniversary of the Rex Organization. Since its founding in 1872, Rex has taken on an unparalleled leadership role in Carnival, setting the standard of excellence for the dozens of krewes formed and even inspiring the formation of similar civic organizations in other states. The Rex parade was the first daytime parade in modern Carnival, and the man selected as the monarch of the organization, known also by its incorporated name, the School of Design, serves as the King of all New Orleans Carnival.

The exhibition will tell the story of Rex using the Louisiana State Museum’s unrivaled collection of artifacts, heavily focusing on the sophisticated costumes of the krewe’s kings, queens, and courtiers. The Museum has always prioritized preserving the artifacts of Rex and made a concerted effort beginning in the 1920s to gather costumes directly from krewe members. This collection now totals over 60 royalty and krewe costumes and gowns as well as dozens of sets of rare crown jewels. The exhibition will also feature newly discovered treasures from the krewe’s past, recently acquired from European collections, along with rarely seen artifacts borrowed from private and institutional collections. 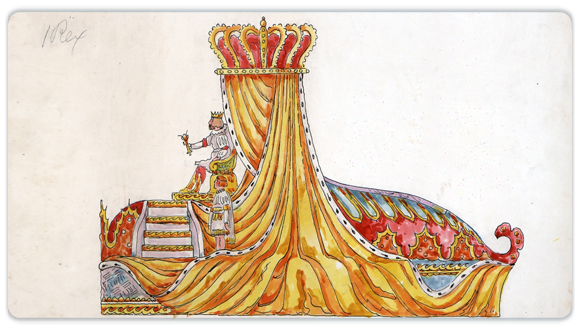 (More Shows To Be Announced)

Friends of the Cabildo is returning to in-person concerts at the New Orleans Jazz Museum at the Old U.S. Mint with a 50% capacity seated concert series (75 totals seats). Currently there are two shows that have been booked and 2-3 more will be added soon. We are also adding a streaming version that can be purchased to watch live and up to 30 days after. Funds of the streaming ticket will support the New Orleans Jazz Museum and the Friends of the Cabildo. All covid-19 city and state requirements will be followed and once the show is sold out there no tickets at the door. 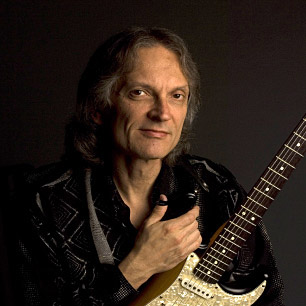 In order to make all of tours as safe as possible, we require face masks for all guests, and we will utilize the Vox Audio Tour Whisper System in order to maintain social distance. Advance reservations are required and limited to 10 total guests on the tour.

A unique tour of geographic history and architectural highlights. Esplanade Avenue was designed in the French style of grand boulevards as a garden suburb for wealthy Creoles escaping the ‘old city’.

Extended block by block from Fort St Charles at the Mississippi River to the future City Park, the street was built despite objections of the Bayou Road landowners whose houses were often in the way. Esplanade would intersect with colonial and pre-colonial Native American pathways that are still present in the tangled street grids.

This new tour will explore by foot a truly unique area of the city.

Nineteenth century residential life in New Orleans comes alive through the Friends of the Cabildo Lower Garden District Tour! The district’s extensive collection of 1800’s residences-primarily side hall, double galleried homes in the Greek Revival and Italianate styles-will capture your imagination with both the romance and realities of life in these grand homes in the age before modern conveniences. Bounded by the Mississippi River, Jackson Ave., and St. Charles Ave., the Lower Garden District was developed as six different faubourgs, and it is known for its many irregularly shaped parks. You will gain a new understanding of the history and culture of the area through a review of its architecture, geography, and famous residents

Faubourg Marigny was one of the City’s earliest suburbs, located immediately downriver from the Vieux Carré on land subdivided from the plantation of Bernard Marigny de Mandeville, one of New Orleans most colorful historical figures. Today, the Marigny is listed on the National Register of Historic Places and is a city-designated historic district, due to its preservation of Creole cottages and many ornamented shotgun dwellings.

Part I emphasis is on the portion of the neighborhood referred to as the “Triangle” bounded by Esplanade Ave, Elysian Fields, N.Rampart/St. Claude the river.

Part 2 emphasis is on the portion of the neighborhood referred to as the “Rectangle” bounded by Elysian Fields, Press St., St. Claude and the river.

The City of Carrollton begins in the early eighteenth century as one of the many upriver communities just west of New Orleans. Its fields and plantations afforded early homesteaders tillable farmland and easy access to the Mississippi River. Later, during the War of 1812, American troops led by William Carroll encamped there, and the area was subsequently named for the general. In 1831, developers purchased the land, subdivided it, and began construction of a road and a RAILROAD linking the area to New Orleans. Local officials reorganized Carrollton in 1845—by then a village of about 1,000 residents—as a town in Jefferson Parish, and in 1859 a charter officially incorporated it as a city. Just fifteen years later, the City of New Orleans annexed Carrollton—now replete with schools, public gardens, and brick-paved streets—as the Seventh Municipal District.

The Bywater, previously known as the Upper Ninth Ward, lies on natural high ground along the Mississippi River. In the 300 years of urban growth, the desirable riverside location transformed from colonial plantations to an important industrial area linked by railroads and river transport to national and international shipping. The dense working class community that grew up alongside is rich in historic houses – colorful Creole cottages and ornamented shotgun dwellings – and has been transformed since Hurricane Katrina floods into one of the city’s most vibrant neighborhoods. The industrial riverfront has been replaced by a linear urban park, and many of the warehouses have become restaurants, artist studios and home to a variety of creative industries. The one-way tour will start at Hotel Peter & Paul, a recent and acclaimed adaptive reuse of a closed Catholic church complex of buildings and end at the Piety St entrance to Crescent Park, with an optional guided walk back to the Crescent Park entrance at Elysian Fields.

Zoom Reservation Only | Use the Link Below to Sign Up

.February 10th (6pm):​ Join us for an evening with Dr. Sophie White as she discusses her recent book “Voices of the Enslaved: Love, Labor, and Longing in French Louisiana” (Omohundro Institute and the University of North Carolina Press, 2019). This program will meet over Zoom and is sponsored by the Friends of the Cabildo as part of the Second Thursday Lecture Series. It is free and open to the public, and advance registration is required. The meeting link will be sent to registrants on the day of the program.

Link to Signup for February Lecture 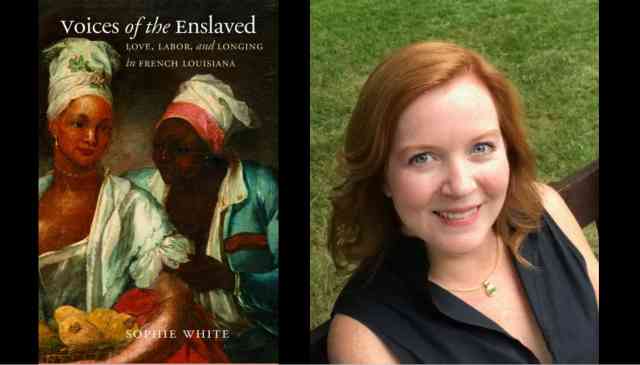 Yoga at the Cabildo (at the Presbytere currently)

Designed for all levels of practice, for travelers and residents alike, Yoga at the Cabildo is set in a light-filled gallery of one of the city’s most beautiful and historic buildings. Currently all classes will be at the Presbytere (751 Chartres Street). The building opposite side of the cathedral from the Cabildo. 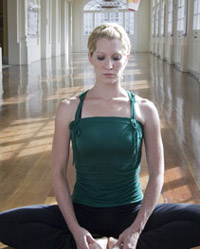