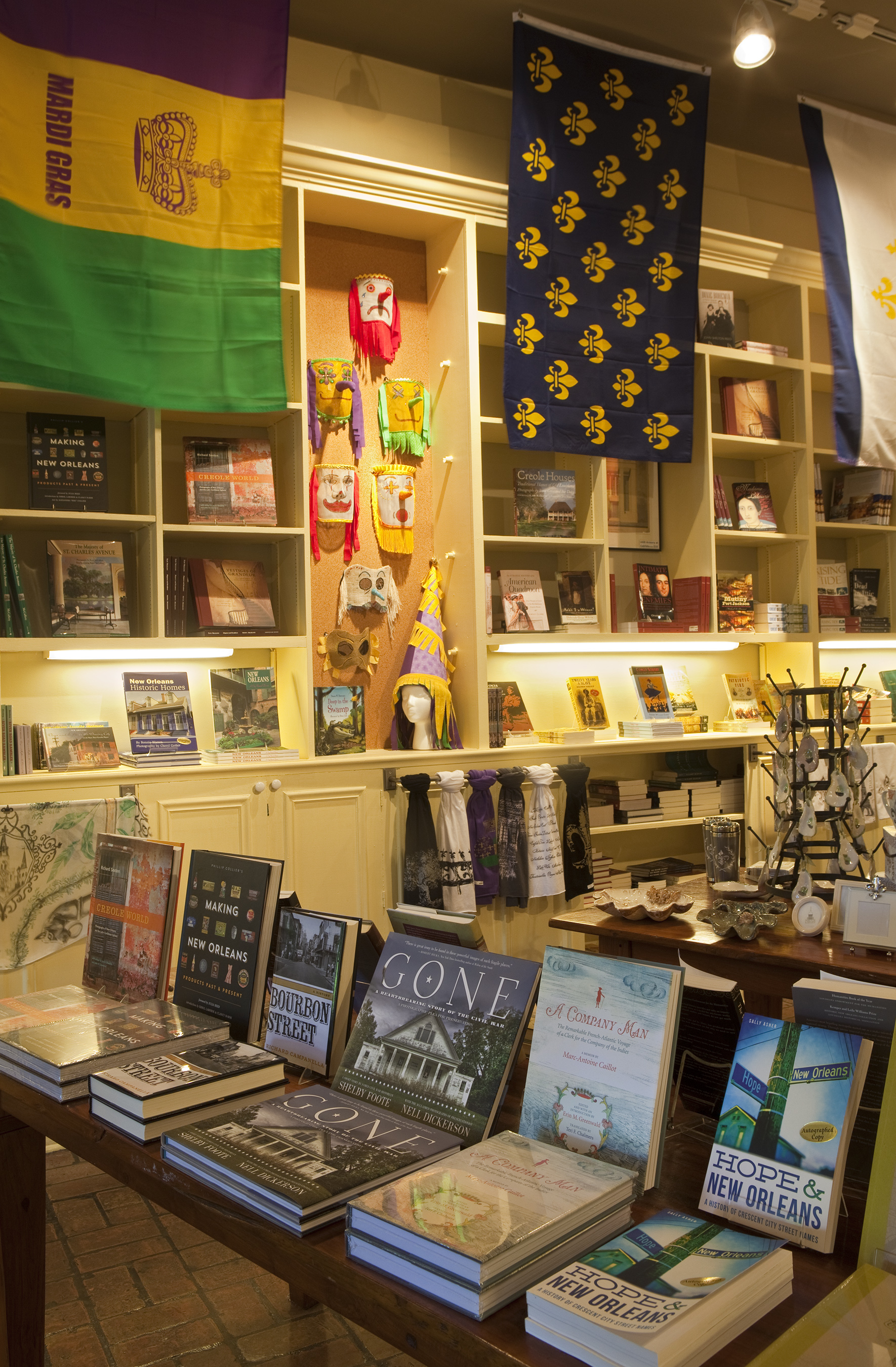 The Friends of the Cabildo operates the 1850 House Museum Store, the official gift shop for the Louisiana State Museum properties in New Orleans.

The 1850 House Museum Store is located at 523 St. Ann Street on beautiful Jackson Square in the historic Lower Pontalba Building. In addition to membership and fundraising endeavors, the Friends of the Cabildo is able to provide financial support to the Louisiana State Museum through the sales of our daily French Quarter Walking Tours and merchandise at the 1850 House Museum Store. At our store you can find handmade art, jewelry, pottery and crafts by local artists, books on everything from history to food to voodoo, exhibit-related merchandise from our museum properties and much more!

Drop by for a walking tour (which also includes free admission to the 1850 House Museum) and shop with us for unique mementos of your visit to New Orleans! Friends of the Cabildo members always get 15% off at the 1850 House Store!

Few places offer the chance to experience the lifestyle of our ancestors of more than 150 years ago. The 1850 House is one of these rare places, offering a glimpse of upper-middle-class life in antebellum New Orleans, the most prosperous period in the city’s history.

The 1850 House doesn’t represent any single family’s house, rather, it reflects mid-19th century prosperity, taste and daily life in New Orleans. The house is furnished with art and décor that speak to that era as well, including a set of John Slidell’s china, Old Paris porcelain, New Orleans silver and dozens of notable paintings and furnishings that, taken as a whole, transport you back in time.

Inspired by the imposing Parisian architecture the Baroness favored, the distinctive rowhouses were intended to serve as both elegant residences and retail establishments. In 1921, the Pontalba family sold the Lower Pontalba Building to philanthropist William Ratcliffe Irby, who bequeathed it to the Louisiana State Museum in 1927.